In May 1991, Somaliland declared independence from Somalia. No country recognises Somaliland as an independent country. This blog examines the impact of Somaliland's contested status on the development of children's rights from both a national and international law perspective.

In October 2022, the President of Somaliland signed the Child Rights Protection Act (CPA). This blog post discusses the significance of the CPA in protecting children’s rights in Somaliland, a country which due to its contested status is unable to ratify multilateral international human rights treaties.

Somaliland declared its independence from Somalia in 1991. It has independent institutions – a government, a police force, a military, judges, and lawyers – but is currently not recognised by any other states. Somaliland’s contested status has consequences for the protection of human rights, including children’s rights. In recognised states, human rights are protected by way of international human rights treaties that they are party to. International treaties are one of the most important sources of international human rights law. However, while there are procedures that enable unrecognised states to become party to these treaties, this is a complicated process. In practice, the lack of recognition of Somaliland means that it cannot become a party to any international human rights treaties. Somaliland is not a party to the UN Convention on the Rights of the Child (CRC) or any other international human rights treaty. Consequently, people living in Somaliland are not protected by international human rights law. For the legal protection of their rights, they can turn only to the domestic laws of Somaliland. In this regard, a complicating factor is Somaliland’s plural legal system which consists of: Xeer (customary law), Sharia law and formal law. Sharia is Islamic law derived from the Quran (the Islamic holy script), Sunna (the teachings and actions of Prophet Mohamed), Ijma (consensus), Qiyas (analogy) and Urf (custom). Xeer is an unwritten law (passed on orally between generations) and is based on the precedence of cases adjudicated and decided by assigned clan elders (Guurti, Xeer-beegti in Somali language). Xeer is linked to the social organisation of Somali clans, which are tied together by founding ancestors. One consequence of these varied and, at times, contradictory and competing sources of law, is there is often a lack of legal clarity. Perpetrators can manipulate the legal system by picking and choosing the system that will give them the most favourable outcome. Victims are unsure of where to turn or sometimes whether a crime against them has even been committed. In turn, this leads to inconsistent enforcement of the law resulting in a lack of trust in the legal system. 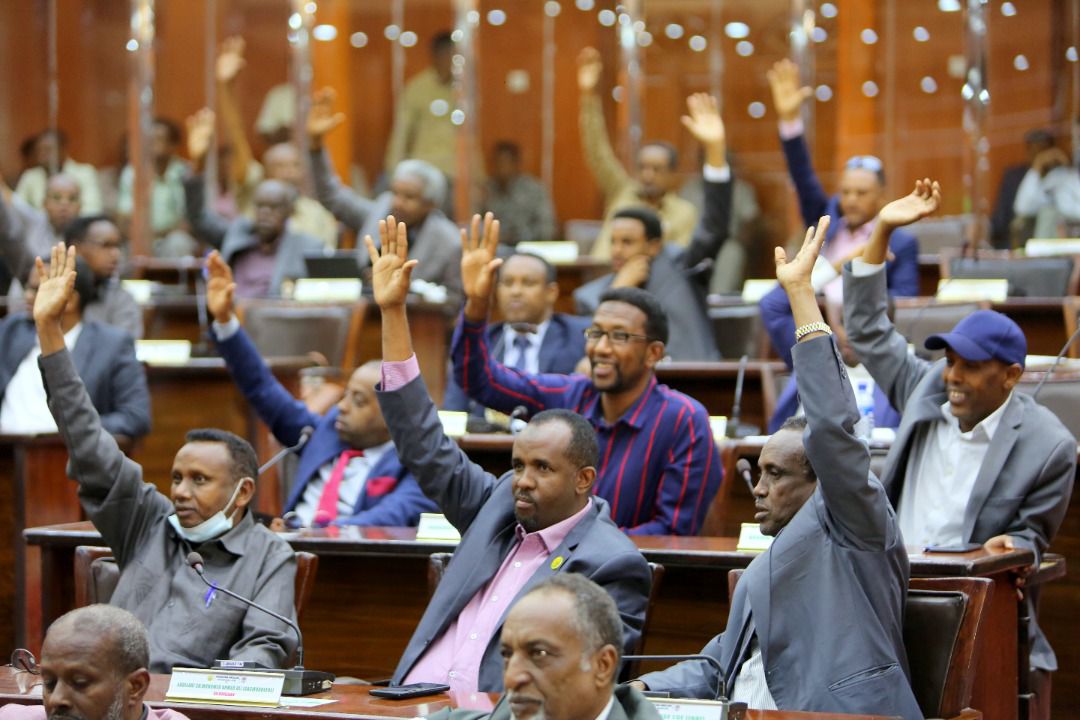 The CPA’s drafting process started in 2014 and took several years to pass through Somaliland's bicameral parliament. It consists of six chapters: general provisions, responsibilities, children’s rights, special care of children, right to free legal aid and crimes and punishments. The rights enshrined in the Act include, inter alia, the right to nationality, name and registration, life, and education.

Many actors, including traditional leaders, religious leaders, international and local non-governmental organisations, and politicians, were involved in drafting the CPA. The tensions between the divergent views of these actors on human rights, as well as the plurality of Somaliland’s legal system, are evident in the CPA. Most notably, there are several aspects of the Act that do not meet international norms on the protection of children’s rights embodied in the CRC. For example, the CPA defines a child as a person aged under 15 (the CRC defines a child as a person aged under 18), and it is silent about female genital mutilation (FGM) and child marriage. Additionally, the CPA does not address how and where to place children whose parents or families are abusive.

That said, the CPA is still a landmark piece of legislation for several reasons. First, the CPA illustrates the willingness of the political and societal leaders to legislate to protect children’s rights under formal law. This is important because the rights of children are not mentioned in the constitution and, as a result, there was a legal lacuna. Meanwhile, although Xeer and Sharia law have conceptions about children, in the case of Xeer these are not written and in the case of Sharia are scattered in different books and jurists’ opinions. Therefore, formal law concerning the rights of children fills a gap and helps establish both consensus and legal clarity. Second, the CPA joins the 2008 Juvenile Justice Law, a relatively progressive law pertaining to children’s rights in the criminal justice system. Combined, the Juvenile Justice Law and the CPA have created a tentative legal framework for activists and lawyers to rely on when advocating for protecting, respecting, and realising children’s rights. For instance, the Juvenile Justice Law protects children under 15 years from criminal prosecution, and CPA endorses the principle of the best interest of the child on all matters related to children. Third, both the Juvenile Justice Law and the CPA cite the CRC. For example, Article 3 of the CPA states that the objectives of the CPA include the protection of children in accordance with the CRC. Recognising the CRC by way of formal national laws is a significant step forward, considering that Somaliland is not a member of it and is not scrutinised through the reporting mechanism of the CRC.

The CPA is a landmark piece of legislation. As a formal law, it helps provide legal clarity about children’s rights. Moreover, it has received the mandate of a wide array of actors in Somaliland’s legal, political, and societal landscape who were involved in drafting it. Nonetheless, the framework provided by the Juvenile Justice Law and CPA still falls short of the rights provided by the CRC. Domestically contentious issues such as a prohibition on FGM and child marriage remain conspicuously absent. Finally, as the CPA was only recently enacted into law, it remains to be seen whether its provisions are effectively enforced. To conclude, while the importance of the CPA cannot be understated, it should not be viewed as the end point in Somaliland’s endeavours to protect the rights of children but rather a crucial first step in the right direction.